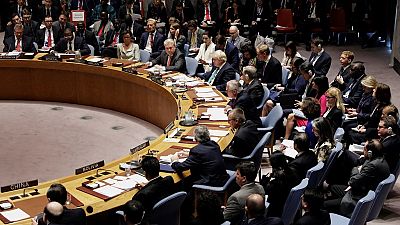 Other countries that won seats at the UNSC were Kuwait, the Netherlands, Peru and Poland. They will begin their two-year tenure on January 1, 2018.

The other serving non-permanent members are Ethiopia, Bolivia, Kazakstan and Sweden – all four began their two-year tenure on January 1, 2017.

Equatorial Guinea’s human rights record relative to the arbitrary arrest and detention of human rights defenders over the years has left rights groups worried about what signal their election to the UNSC sends.

Ivory Coast on the other hand has been stable since incumbent Alassane Ouattara took over the reigns after Laurent Gbagbo was ousted but the West African giant recently suffered mutiny by former rebels who fought to bring Ouattara to power. The government eventually had to pay them monies to quell the mutiny which threatened to paralyze economic activity in the country.

The council has the primary responsibility for international peace and security. At the time of their election, Ethiopia replaced Angola, the last African representative on the Council.