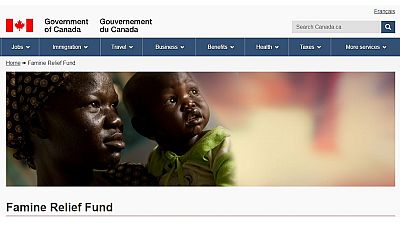 The Canadian government has officially launched a fundraiser to help combat famine in three African countries and Yemen.

Under the aegis of the Famine Relief Fund, the government is looking to support northeast Nigeria, South Sudan, Somalia and Yemen. All four countries are at risk of starvation due to severe drought conditions or intensifying conflict.

The fund was launched on Monday May 29, 2017. “For every eligible donation made by individuals to registered Canadian charities between March 17 and June 30, 2017, the Government of Canada will contribute an equivalent amount to the Famine Relief Fund,” the government noted.

The Canadian government said it was concerned particularly at the effect that the humanitarian crises was having on child health with an estimated 1.4 million at risk of death from severe acute malnutrition.

The aid is not restricted to only the four countries but will also extend to countries in the Lake Chad region – Niger, Chad and Cameroon – as well as others in East Africa region – Ethiopia, Kenya and Uganda.

“The government will use the fund to support experienced Canadian and international humanitarian organizations using established Global Affairs Canada channels and procedures,” an official statement read.

Canada is the second first-world country to raise funds for drought-hit countries on the continent. Turkey took the lead early this year with a fundraiser led by President Erdogan.

The Turkish effort was targeted at Ethiopia, Somalia, South Sudan, Kenya and Yemen.

Erdogan has since gone on to accuse the West of playing ostrich when Africa was suffering. He made the remarks during a visit by Somali President Mohamed Farmaajo to Istanbul. 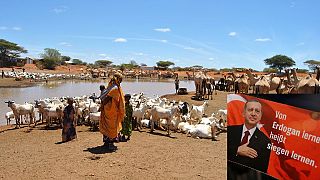 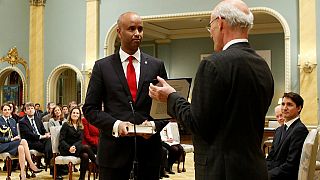