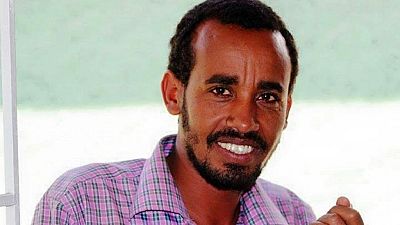 An Ethiopian court convicted a journalist on Wednesday of inciting violence against the state with a dissident group, activists said, a judgment that an international rights group said was a bid to silence critics.

Getachew Shiferaw was arrested in late December 2015 and charged in May the following year with involvement in the operations of the outlawed anti-government group Ginbot 7.

That charge was later dismissed by the court, but he was found guilty on Wednesday of public provocation to commit “crimes against the external security and defensive power” of the state.

Getachew, formerly a freelance writer for several magazines, was also editor-in-chief of the opposition Semayawi Party’s Negere Ethiopia publication at the time of his arrest.

He will be sentenced on May 26 and faces up to 10 years in prison.

“Today’s groundless ruling is a further slap in the face for justice in Ethiopia and proof of the authorities’ continued willingness … to misuse the criminal justice system to silence dissent,” said Muthoni Wanyeki, Amnesty International’s regional director, in a statement.

Ginbot 7 was formed by opposition figures who took part in disputed polls in 2005. They subsequently fled into exile and launched an armed struggle against the government of the Horn of Africa nation.

The government considers it a “terrorist” organization, a designation is shares with two Ethiopian secessionist groups, Somalia’s al Shabaab and al Qaeda.

Critics say Ethiopia, sandwiched between volatile Somalia and Sudan, regularly uses security concerns as an excuse to stifle dissent and clamp down on media freedoms.

Ethiopia’s 547-seat parliament does not have a single opposition politician and opposition groups accuse the government of constant harassment and intimidation.

Wednesday’s conviction comes a week after the court in the capital Addis Ababa found a former opposition party spokesperson guilty of encouraging terrorist acts for a series of anti-government posts on Facebook.

Yonatan Tesfay’s charges stem from a 2009 law that prescribes jail terms of between 10 and 20 years for anyone convicted of publishing information that could induce readers to commit acts of terrorism.