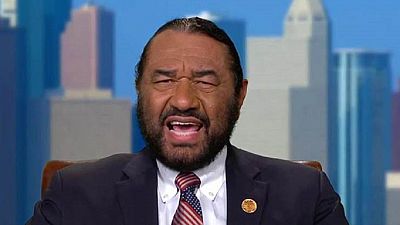 <p>A U.S. Congressman has for the first time called for the impeachment pf President Donald Trump on the floor of the House of Representatives.</p> <p>According to Al Green who represents a congressional district of Texas in the House, Trump had committed an impeachable act in the firing of <span class="caps">FBI</span> chief and needed to be charged accordingly.</p> <p>‘‘President Trump has committed an act for which he should be charged by the U.S. House of Representatives.  The act is the obstruction of a lawful investigation of the President’s campaign ties to Russian influence in his 2016 Presidential Election,’‘ he said in a <a href="http://algreen.house.gov/press-release/congressman-al-greens-statement-calling-impeachment-president-trump" target="_blank">press release dated May 15, 2017. </a> </p> <h2> Portions of Al Green’s address to the House </h2> <p>‘‘I rise today to call for the impeachment of the President of the United States of America for obstruction of justice. I do not do this for political purposes Mr. Speaker, I do this because I believe in the great ideals that this country stands for – liberty and justice for all.</p> <p>‘‘The notion that we should have a government of the people, by the people, for the people. I do it because Mr. Speaker there is a belief in this country, that no one is above the law and that includes the President of the United States of America.</p> <p>‘‘Mr. Speaker, our democracy is at risk. Mr. Speaker this offence has occurred before our very eyes, it is perspicuous, it is easy to understand. </p> <p>“Mr. Speaker we are talking about a president who fired the <span class="caps">FBI</span> director who was investigating the president for his connection to Russian involvement in the president’s election,’‘ he said in his close to six-minute address. </p> <blockquote class="twitter-video" data-lang="en"><p lang="en" dir="ltr"><span class="caps">CLIP</span>: <a href="https://twitter.com/RepAlGreen"><code>RepAlGreen</a>: "I rise today...to call for the impeachment of the President of the United States of America for obstruction of justice." <a href="https://t.co/k3OMGcZbEF">pic.twitter.com/k3OMGcZbEF</a></p>— CSPAN (</code>cspan) <a href="https://twitter.com/cspan/status/864850227714560000">May 17, 2017</a></blockquote> <script async src="//platform.twitter.com/widgets.js" charset="utf-8"></script> <h2> Issues at the heart of Al Green’s call </h2> <p>His call was primarily centered on three issues centered on an allegation that Trump had obstructed justice in the recent firing of James Comey as director of the Federal Bureau of Investigations (<span class="caps">FBI</span>).</p> <p>The issues were that Trump fired Comey who was conducting lawful investigations into campaign ties with Russia, Trump’s admission that he considered the investigations before firing Comey and lastly a threatening tweet that Trump sent to Comey.</p> <p>The fired <span class="caps">FBI</span> boss in a memo released by the New York Times said he had been pressured by Trump to drop the investigation into a former national security adviser, General Mike Flynn. In which same memo Trump also suggested the <span class="caps">FBI</span> tries to imprison journalists who published classified information.</p> <h2> Reps cannot impeach the President </h2> <p>‘‘For those who do not know, impeachment does not mean that the President will be found guilty, it simply means that the House of Representatives will bring charges against the President. It is similar to an indictment but not quite the same thing.</p> <p>‘‘Once the President is impeached, then the Senate can have a trial to determine the guilt or innocence of the President – whether he is guilty or not guilty to be more specific. </p> <p>He invited Americans to join in the crusade to have President Trump impeached via a group known as ‘‘Free speech for people’‘ or visit the ‘‘impeachdonaldtrumpnow.com’‘ portal to as he put it ‘‘weigh in’‘ on the crusade. </p> <p>‘‘I am a voice in the wilderness but I assure you that history will vindicate me, I assure you that righteousness will prevail. I assure you that no lie can live forever and truth crushed to earth shall rise again,’‘ he concluded.</p> <h2>America is in impeachment territory – former presidential adviser tells <span class="caps">CNN</span></h2> <blockquote class="twitter-video" data-lang="en"><p lang="en" dir="ltr">Trump is “in impeachment territory,” says David Gergen, former presidential adviser to Reagan, Ford, Nixon & Clinton <a href="https://t.co/3mrdqeLrHt">https://t.co/3mrdqeLrHt</a> <a href="https://t.co/qJ009XsITd">pic.twitter.com/qJ009XsITd</a></p>— <span class="caps">CNN</span> (@CNN) <a href="https://twitter.com/CNN/status/864814432408539136">May 17, 2017</a></blockquote> <script async src="//platform.twitter.com/widgets.js" charset="utf-8"></script> 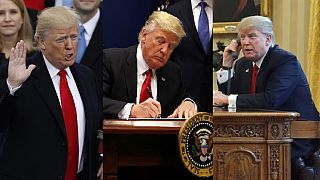 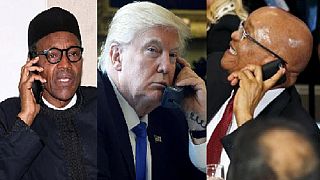 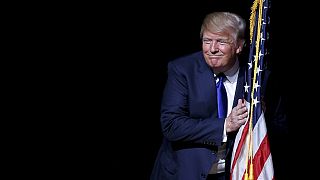