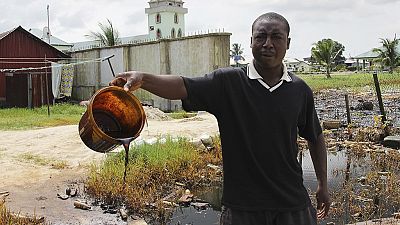 A Nigerian village has filed a lawsuit in Milan against Italian oil company Eni demanding compensation for damage caused by an oil pipeline explosion in 2010, an Italian lawyer representing the village said on Thursday.

The village of Ikebiri in the Niger Delta is asking Eni for 2 million euros ($2.2 million) in damages along with a commitment to clean up the area covering more than 43 acres (17 hectares), Luca Saltalamacchia told a news conference.

“The explosion that happened near a river caused an environmental disaster that polluted water and land,” Saltalamacchia said.

Mining and energy firms around the world have battled a spate of cases brought in international courts against their subsidiaries in other countries.

According to Saltalamacchia, Nigerian Agip Oil Company Limited, which is owned by Eni, has claimed it has already carried out cleaning up operations in the area.

Saltalamacchia, who will be flanked by environmental campaign group Friends of the Earth in the case against Eni, said a first hearing had been set for Dec. 11 at the Milan civil court.

Eni has been operating in Nigeria since 1962 and last year produced 117,000 barrels of oil equivalent per day.