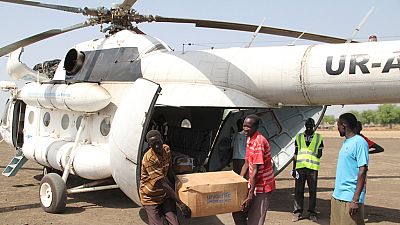 Two years after emerging as an independent state, the oil-rich country was plunged into conflict in December 2013 as rivalry between President Salva Kiir and his then-vice president, Riek Machar, exploded into violence.

The new order will require an international non-governmental organisation (NGO) seeking to work in South Sudan to pay $3,500, up from $600. Local groups will pay $500, up from $450.

“This is to notify all NGOs operating in the Republic of South Sudan that the registration and licensing fees for 2017-2018 have been changed due to the increasing demand of humanitarian needs in the country,” said Deng Tong Kenjok, registrar of NGOs at the government’s Relief and Rehabilitation commission.

Rajab Mohandis, executive director of the Sudanese Network for Democratic Elections, said the new fees would hamper the work of small local NGOs.

They would make registration “quite unaffordable” for those working “in only one county or state”, he told Reuters.

South Sudan is acutely in need of aid. More than 3 million people have fled their homes, creating Africa’s biggest refugee crisis since the Rwandan genocide in 1994.

The economy is in a tailspin, harvests are devastated by drought and millions face famine.

Aid workers are also contending with extreme risks: a U.N. official said last month that 82 had been killed since the civil war began.