Namibia mourns its top cyclist who died in a car crash 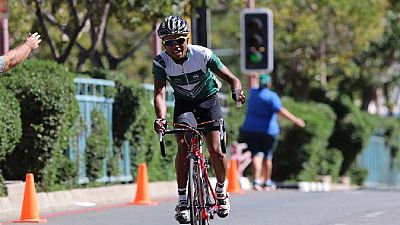 The Namibian Cycling Federation (NCF) and the Cycling fraternity in the Southern African country have been thrown into a devastating mood on the news of the death of Cyclist, Raul Costa Seibeb.

“We were shocked to learn about this tragic event. This is a tremendous loss for the cycling community, as Costa’s tenacity and perseverance to succeed made him an idol for many young aspiring athletes. We extend our sincere condolences from the entire Namibian cycling community to the family and friends of Raul Costa Seibeb,” the NCF’s vice president Rolf Adrian said.

The 25-year old sensational cyclist was one of the country’s top cyclists who has accumulated numerous accolades and awards over the years.His raw talent made him a force to be reckoned with in both road cycling and mountain biking. The young cyclist has represented his country on numerous occasions.

We were shocked to learn about this tragic event. This is a tremendous loss for the cycling community, as Costa's tenacity and perseverance to succeed made him an idol for many young aspiring athletes.

Head of Nedbank’s marketing and Communications, Gernot de klerk said the death was a tragic loss.

“For us at Nedbank this is an absolute tragedy while our country has probably lost one of the most talented athletes of his generation. Costa was a rising icon and his popularity and achievements started opening up a societal demographic which would otherwise not have been involved in cycling,” he said.

Seibeb’s first victory as a cyclist came in 2009 when he won the 30km race at the Nedbank cycle as a 17 year old, but took the cycling fraternity by storm three years later.

A the age of 20, he won the senior men’s title over 75km at the same race to announce his arrival and a start to a remarkable era of dominance.

In 2012 he was invited to the UCI Africa Cycling Centre in South Africa for the first time, and by 2013 he formed part of a UCI Africa team that competed in races in Europe.