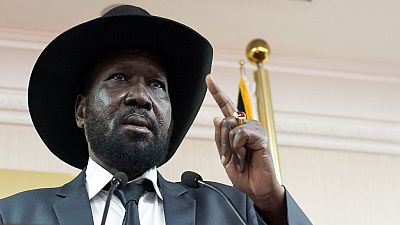 South Sudanese President Salva Kiir has ordered the arrest of perpetrators of the recent violence in Wau where dozens of civilians were reported killed on Monday, April 10, 2017.

The president made this order on Tuesday during a cabinet meeting in Juba.

The Wau clashes came after the three bases of Bagari, Bazia and Brinji were captured following a military offensive over the weekend in the outskirts of Wau town, capital of former Western Bahr el Ghazel State.

Speaking to reporters after the cabinet meeting, Information Minister Michael Makuei confirmed that 24 people were killed, including two senior commanders of the government army, in what he said was a clash with opposition forces.

“The government condemns the incident of Wau in the strongest possible terms and the president has ordered for the apprehension of whoever might have participated in committing these offenses or violations in Wau town,” said Makuei.

The fighting erupted across the country after the announcement of a national dialogue by President Kiir, which was supposed to kick-off in March but delayed due to financial constraints.

In June last year, similar clashes in Wau left at least 43 people dead, according to state officials, and an estimated 50,000 people displaced, as reported by UNOCHA.

On the latest clashes, Wau State authorities have imposed an indefinite curfew. They say the situation is relatively calm.