US missiles strike Syria airbase 'in response to chemical attack' 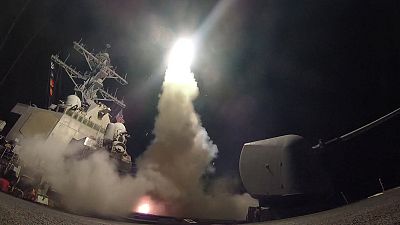 The United States has launched a missile strike at a Syrian airbase in response to a suspected chemical weapons attack by President Assad’s government earlier this week.

US officials say 59 cruise missiles were fired from two warships in the eastern Mediterranean Sea.


The target was the Shayrat airbase in western Homs province. It’s thought it was used for the poison gas attack on a rebel-held town in Idlib that killed dozens of civilians including many children.

A statement from the army command on state TV described it as an act of “blatant aggression”, which made the US a “partner” of terrorist organisations including the so-called Islamic State.

The US said initial indications were that the strike had severely damaged or destroyed aircraft and infrastructure, reducing the Syrian government’s ability to launch chemical weapons.

Washington has been attacking jihadist groups in Syria since 2014 but this is the first time it’s targeted government forces – which are backed by Moscow.


Here's video from the #Tomahawk launches against #Syria. For more on the story, visit https://t.co/2GprTQGGjs. pic.twitter.com/kB3gbBy4ma 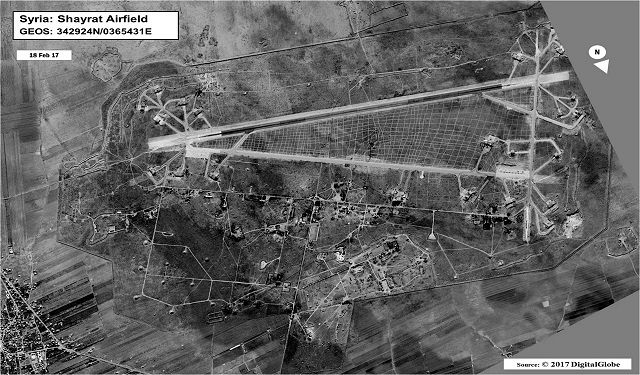 
Earlier the UK-based monitoring group, the Syrian Observatory for Human Rights, said the missiles had almost completely destroyed the base near Homs city and killed at least four soldiers, including a senior officer.

US National Security Adviser, H.R. McMaster says President Trump was given three options for retaliating against Tuesday’s attack and told advisers to focus on two. McMaster said the president made a decision on Thursday.

Trump later said: “Today I ordered a targeted military strike on the airfield in Syria from where the chemical attack was launched.”

The strikes were, he said, in the national security interests of the US.


The strikes were carried out without the approval of the US Congress.

Trump’s order to launch the missiles came a day after he accused his Syrian counterpart of responsibility for the deadly chemical attack which Assad’s government strongly denies carrying out.

“No child of God should ever suffer such horror,” Trump said in a statement following the military action.

The US leader added that there is “no dispute” that Syria used banned chemical weapons and said that attempts to change Assad’s behaviour have failed.

The president went on to urge “all civilised nations” to rally against the Syrian leader.

As international reaction started coming in, Saudi Arabia was among the first to express full support for the US’ actions, Arabiya TV reports.

The governor of Homs has been quoted as saying the attack serves the goals of “armed terrorist groups” and ISIL.

“This targeting was not the first and I don’t believe it will be the last.”

A US defence official has called the incident a “one-off”, according to Reuters news agency.

However, a media official for the Syrian National Coalition has expressed hope that the US strikes will continue in order to stop Syrian government air strikes and the “use of internationally banned weapons.”

According to Barazi, firefighting and rescue operations were underway at the base for at least two hours following the strikes.

However, the US military says the strike appears to have reduced the Syrian government’s ability to deliver chemical weapons.

The Pentagon says it informed Russian forces ahead of the cruise missile strike. Spokesman Captain Jeff Davis confirmed the strikes did not hit sections of the base where Russians were believed to be present.

However, the toughest direct US action to date in six years of civil war in Syria signals a sudden shift in policy by Washington and increases the likelihood of confrontation with Assad’s main military allies, Russia and Iran.

The Russian leader regarded the strikes as “aggression against a sovereign nation” on a “made-up pretext” and as a cynical attempt to distract the world from civilian deaths in Iraq, Putin’s spokesman Dmitry Peskov was cited as saying.


The Head of the Russian Upper House of Parliament Defence Committee said US strikes could undermine efforts to fight terrorism in Syria, RIA agency reports.

“This could be viewed as an act of aggression of the US against a UN nation,” Viktor Ozerov is quoted as saying.

Both Russia and Bolivia are said to have called for an urgent meeting of the UN Security Council to discuss the matter.


Speaking ahead of the strikes, US Secretary of State Rex Tillerson said Assad should have no role in a future Syria.

In the aftermath, he accused Russia of failing to carry out a 2013 agreement to secure Syrian chemical weapons and said Moscow was either complicit, or incompetent, in its ability to carry out the accord.


For All Views on the Syria conflict, click here 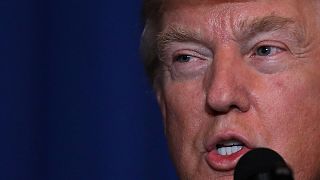