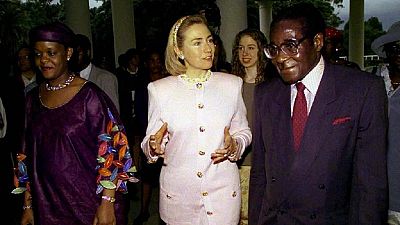 Zimbabwean President Robert Mugabe has been talking about American politics specifically addressing issues to do with President Trump and his main rival in the November 2016 polls, Hillary Clinton.

Mugabe who turns 93 on Tuesday, 21 February 2017, is quoted by the state-owned Herald Newspaper as stating a clear preference for Trump over Hillary.

We are just now under sanctions imposed not by Donald Trump but by Obama. What arrogance is that?

Whiles singing Trump’s praises, the nonagenarian – who is Africa’s oldest political leader – said even though he was surprised by Trump’s electoral victory, Hillary was also not an option in his view.

‘‘I was surprised by his election, but i did not like Madam Clinton to win either,’‘ he continued, ‘‘You see, I knew she could slap sanctions on us as a legacy. (Indeed) Obama did that just before he left.

‘‘Why did he have to do it? Why didn’t he leave the incoming incumbent to make his own decision? We are just now under sanctions imposed not by Donald Trump but by Obama. What arrogance is that?,’‘ he quizzed.

Brief on the 2001 George W Bush sanctions on Zimbabwe

Zimbabwe has been under United States (US) sanctions imposed since 2001 when then President George Bush signed the ‘Zimbabwe Democracy and Economic Recovery Act.’

Under the law, the country’s lines of credit from all multilateral lending institutions with dealings with the US were cut. The total cost of the sanctions has been estimated at over $42 billion in lost revenue.

Obama who succeeded Bush issued yearly Executive Orders extending the sanctions given that the US government considered Zimbabwe as posing a continuous and extraordinary threat to US foreign policy.

Under the sanctions, the US State Department’s Office of Foreign Asset Control continues to intercept money accruing to Zimbabwean companies in addition to supposedly punishing investors who deal with Zimbabwe.

Hillary Clinton in her capacity as U.S. First Lady in 1997 visited Zimbabwe as part of a six -nation goodwill tour through Africa with her daughter Chelsea. Hillary at the time met with President Robert Mugabe and his wife Grace Mugabe at the presidential palace. 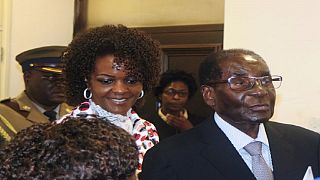 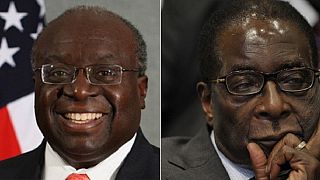 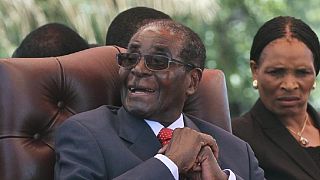