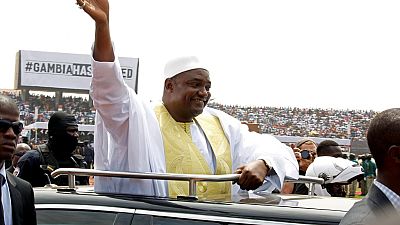 Thousands of Gambians have witnessed the second inauguration of their new president, Adama Barrow on a high-note key event in the capital Banjul on Saturday, same day The west African state is also celebrating its independence day.

Long Live the Republic of The Gambia! #Gambia pic.twitter.com/v5hfi0dwAr

Gambians started as early as yesterday night queuing to at least get the best spot in the stadium that is located near the capital, Banjul.

Barrow was sworn in Gambia’s embassy in Senegal with a few participants attending the function last month after the then leader Yahya Jammeh refused to relinquish power.

The event was attended by several heads of state and key figures in the country as the country celebrated its 52nd Independence Day.

The new president assumed office on January 19 to become the third president of the republic of Gambia after defeating the defiant Jammeh in the December polls.

He has promised a new dawn for the country, which has witnessed an authoritarian regime under Yahya Jammeh.

Mr. Barrow is a prominent property developer who has never held public office but has run several business investment the the west African state. 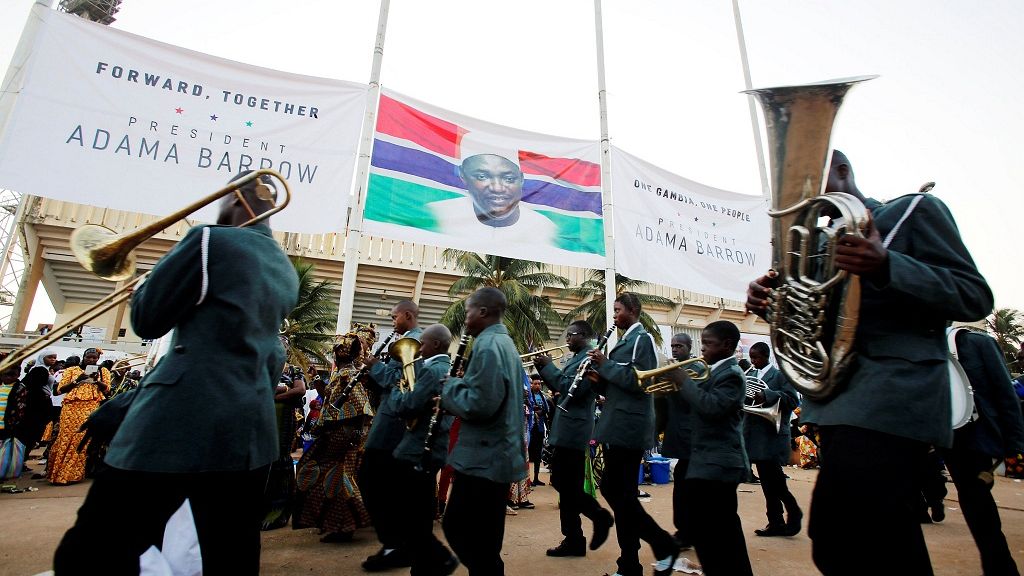