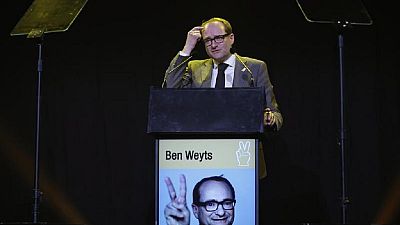 Belgium’s minister of mobility for the Dutch-speaking region of Flanders, Ben Weyts, rode a bicycle to a news conference in Halle, a town south of the capital Brussels, but he later found out that it was stolen despite having locked it.

He eventually had to call his driver to pick him up from the Halle station; a spokesperson said, adding that he hoped security camera footage will help find the bike thief.

“We left the bike in racks at the station and locked it,” a spokesman for the minister said. “When we got back half an hour later, it was gone.”

We left the bike in racks at the station and locked it. When we got back half an hour later, it was gone.

As part of efforts aimed at easing road congestion in the country, Weyts has vigorously promoted cycling as an alternative means of transport. He has unveiled a $320m investment in cycle lanes until 2019.

Despite Belgium’s obsession with cycling as a sport, cars remain the main method of commuting to work, leading to some of the worst road congestion in Europe.