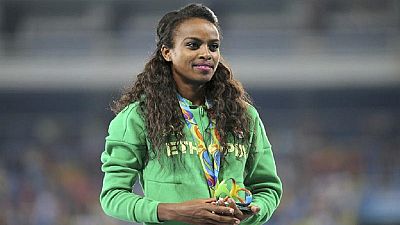 Genzebe Dibaba of Ethiopia has set a new indoor record in the women’s 2,000m world record at the Miting International de Catalunya event in the Spanish city of Sabadell on Tuesday.

She finished the race in a time of 5:23.75 which eclipsed the previous record by just about seven seconds. That record was set 19 years ago by Romanian Gabriella Szabo.

Ethiopia’s Genzebe Dibaba broke the 2000m indoor world record with a time of 5:23.75 at the Miting Internacional de Catalunya in Spain.

She is the sister of three-times Olympic champion Tirunesh Dibaba and Olympic silver medallist Ejegayehu Dibaba, and the cousin of former Olympic champion Derartu Tulu. She was named Laureus Sportswoman of the Year for the 2014 year alongside male winner counterpart Novak Djokovic. and was 2015 IAAF World Athlete of the Year.