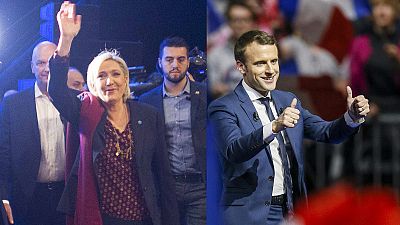 Her Front National (FN) party is meeting in Lyon where her keynote address will no doubt fill the empty seats that were visible on day one of the gathering.


Fellow front-runner Emmanuel Macron, also addressed crowds in Lyon this weekend – by big screen for those unable to get into his packed-out rally on Saturday.

Some 8,000 supporters did get inside to hear his centrist, pro-Europe message in person, including a thinly-veiled dig at US leader Donald Trump’s intention to build a wall along the Mexico border.

“I don’t want a new wall. I can reassure you, there will be no wall in my manifesto. We have European borders… and that is our real security,” Macron told the crowd.

Macron, a former economy minister, has surged in the polls as conservative Francois Fillon tripped up on accusations his wife got public money for work she did not do and the Socialists chose a hard-left champion.


Opinion polls suggest Macron would easily beat Le Pen in the second round, but faith in pollsters has been shaken after they failed to predict Trump’s election win or Britain’s vote last June to leave the European Union.

With Lyon the capital of French politics this weekend, veteran hard-left contender Jean-Luc Melenchon is also holding a rally in the city on Sunday. 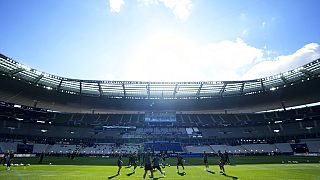