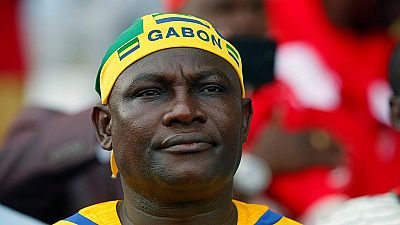 Beyond the tepid cheers inside the stadiums hosting the AFCON 2017 in Gabon, the air elsewhere is eerily still. In the capital Libreville, the Leon M’ba International Airport is very much so, contrary to the overt presumption that any African city hosting the continental party would be bustling with activity.

In their archetypal red and white taxis, the taximen assert their indifference towards the event. In a fairly comprehensible French accent, one will furiously lament: “Les gens ici sont fatigués!” Implying ‘’the people here are tired.” (With the government).

On this day, a fiery Central African derby pitting the hosts against their northern neighbours Cameroon would be underway in a matter of hours, but the streets of the capital are astonishingly dull, even in the face of conspicuous billboards blaring out information on cheap prices for matchday tickets.

By the roadsides, jaded street vendors half-heartedly hawk the classic yellow-blue Gabonese replica jerseys, with half of their concentration visibly consumed by their portable transistor radios. Seldom, a Vuvuzela will burst to life down another street, as a small troop of fans drift towards the Stadium. Sadly, the host nation would later crash out of the tournament.

The Gabonese have reasons to have their heads elsewhere. The country’s political hot potato has a tenacious grip on the public mood, along with an economic crisis, accentuated by the fall in oil prices. The latent aftershocks of the controversial re-election of president Ali Bongo are palpable. As expected, discontent political factions would want to use the tournament as a platform for dissent, but the Gabonese security forces have been in strong public presence to limit their freedom of expression.

Melvin Gondjout, Alex Haore, Barry Ndimal and Marceau Malekou are four of the unfortunate protesters nabbed by the ‘Brigade Anti Criminalité’ forces for ‘disturbing public order’, although they would later be handed provisional releases from custody. The two had been taking part in a protest against the government, and calling on the Gabonese to boycott the AFCON to exert more pressure on Bongo’s controversial regime.

Indeed, since the tournament kicked off, the boycott campaigns to have fans staying at home have been commonplace, with twitter hashtags such as #BoycottCAN and #FreeGabon. But there others who beg to differ with the resentment.

“The people who are calling to boycott African Cup of Nations because of the post-election tension are politicizing something which is not political,” Herman Nkori a Gabonese living in New York tells Okayafrica. He adds: “African Cup of Nations is a big event that could bring a population back together after the division that the politicians have sowed among the population.”

Opposition leader Jean Ping has been the chief proponent of the boycotts. Ping claims he won the August 27, 2016 polls, but the Gabonese highest court validated the re-election of Ali Bongo after Ping lodged an appeal to challenge the results.

Bongo family have ruled Gabon for over half a century. After the country’s first president Léon M’ba passed on in 1967, Omar Bongo too over. He would be the president for 42 years until his death in 2009, when his son Ali Bongo was elected to succeed him in August 2009.

According to a Libreville-based publication Gabon Review, the oil rich nation has spent about US$769 million to organise AFCON 2017, an amount that is US$105 million more than what was spent in 2012 when it co-organised the same competition with Equatorial Guinea.

“So in the space of five years, Gabon has spent about US$1.5 billion to organise sports competitions, an amount which is three times higher than the entire budget of the Central African Republic US$430 million, and representing over 85% of Togo’s national budget,” economics analyst Mays Mouissi told Gabon Review, as quoted on Sifa.

In October 2016, Gabon which is Africa’s fifth largest oil producer announced a cut in its 2017 budget by more than 5 percent due to persistently low crude prices and falling oil output. That has been followed by a wave of strikes from civil servants over unpaid salaries and bonuses, and the improvement of working conditions.

Jean Remy Yama, the leader of the Dynamic Union, Gabon’s main civil service union has been on record as saying that the country holding the tournament for the second time in five years was “not justified” financially.

But unsurprisingly, there’s an innate characteristic that sets AFCON apart from any other modern international tournament; the disorganisation that often blights the competition. AFCON is frequently blotted by organisational chaos, as it is often set against a backdrop of political unrest.

Admittedly, AFCON is often just as political as anything overseen by the big brother FIFA, with the tournament used as a propaganda tool in its early days by the continent’s dictators and autocrats, as Graham Ruthven writes.

Africa, the ‘Land of Opportunity’ is bursting with talent from all regions, but development has been slow notwithstanding the incessant wrangling national federations. As this year’s edition in Gabon goes down as probably the most poorly attended event, the Confederation of African Football under the leadership of 70-year-old Cameroonian Issa Hayatou has a lot to take care of.