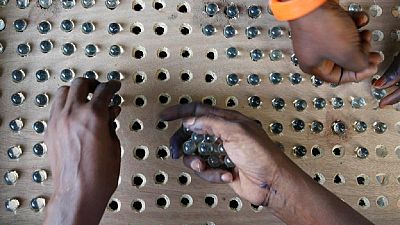 The political situation in The Gambia is still attracting international attention with the latest twist being the declaration by outgoing Yahya Jammeh of a three month state of emergency.

This decision backed by the National Assembly comes barely hours to the expiration of Jammeh’s tenure (January 19) and the swearing-in of the president-elect Adama Barrow.

But events leading to the stage we are today started from mid-November 2016 when the electoral body opened campaigning for parties. The voting went on peacefully on December 1, Jammeh accepted the results and was hailed internationally.

There is no reason to protest because the election cannot be rigged, and in this country, anyway, we do not allow demonstrations. Nothing will happen, this is not the first time we organized elections.

Before long he backtracked on his initial position. He played deaf to international condemnation, he would not accept offers by regional mediators and has refused to step down despite military intervention threats.

The main contenders were incumbent Yahya Jammeh with the Alliance for Patriotic Reorientation and Construction, (APRC). Opposition coalition Adama Barrow – a group of 7 parties and Mamah Kandeh – former member of APRC.

Jammeh warns that no protests will be tolerated after polls because the system cannot be rigged.

“There is no reason to protest because the election cannot be rigged, and in this country, anyway, we do not allow demonstrations. Nothing will happen, this is not the first time we organized elections,” Jammeh said on last day of campaigning.

Day of polls – voting takes place across the country amid internet and telephone lines blockage, government refuses to restore service.

886, 578 voters are expected at 1,422 polling stations in 53 constituencies in the seven administrative regions of The Gambia

The United Nations (UN), the African Union (AU), the United States (US), the United Kingdom (UK), the European Union (EU) and a host others lauded Jammeh’s position and urged peaceful transition and handover of power.

Jammeh in televised address annuls polls and orders rerun citing discrepancy in results collation. Opposition fights back that Barrow has no power to annul polls.

ECOWAS delegation flies into Banjul to mediate, meets with Jammeh and Barrow separately, says to issue a statement at Summit in Abuja. Jammeh’s party filed an election petition in the Supreme Court, Chief Justice slates January 10 for preliminary hearing. Offices of IEC stormed by security officials, all staff sent home. New round of condemnation. Different sections of the society call on Jammeh to peacefully hand over political power.

ECOWAS meets in Abuja says will stand by poll results, grant Barrow protection and attend his inauguration scheduled for January 19.

US envoy who asks Jammeh to accept results recalled. 11 others join to ask for him to step down. AU and UN laud ECOWAS for firm stands on the Gambia.

Jammeh meets with African Bar Association, rephrases his position of not accepting results and says he may not have won but neither did Barrow.

Wants fresh polls with truly independent and God fearing commission. Dares ECOWAS to intervene militarily and says he is ready for war.