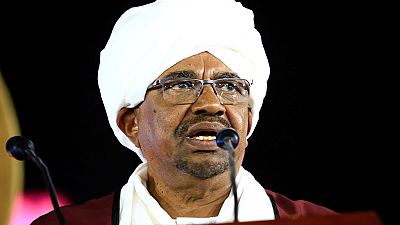 President of Sudan, Omar al-Bashir has undergone a minor heart surgery at a local hospital in the capital, Khartoum, the presidency has confirmed.

The state news agency SUNA reported that the President underwent a cardiac catheterization on Wednesday evening with officials quoted as saying he left the Royal Care hospital immediately after the procedure and has resumed his duties.

‘‘The Presidency confirmed that (Al Bashir) has undergone an exploratory cardiac catheterization at Royal Care hospital yesterday and the results were reassuring,’‘ SUNA said.

The Presidency confirmed that (Al Bashir) has undergone an exploratory cardiac catheterization at Royal Care hospital yesterday and the results were reassuring.

Al Bashir is one of the continent’s longest serving leaders. He came to power through a coup in 1989 and has since ruled the country. He has often made headlines with news around a summons issued against him by the International Criminal Court (ICC).

The international court has indicted him on counts of genocide, war crimes and crimes against humanity committed in the country’s Dafur region.

The decision to use a local hospital by Bashir is likely to be lauded by many who continually criticize African leaders who seek medical attention abroad, partly because of poor medical facilities back home. The most recent leader to seek medical attention abroad was Nigerian president Muhammadu Buhari who flew to the United Kingdom to seek treatment for an ear infection.

Cardiac catheterization is connected with the insertion of a thin flexible tube into the heart to permit introduction or withdrawal of fluids or to keep the passageway open.