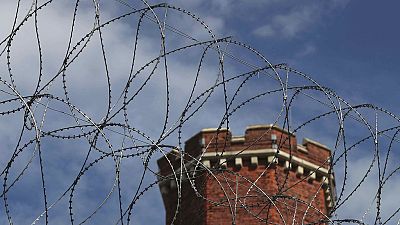 Some 10,000 prisoners have been granted amnesty in Ethiopia’s Oromia region. The pardoned inmates are those who have served a third or more than half of their sentences, the state affiliated FANA broadcasting corporate (FBC) reports.

The amnesty was granted by Lemma Megeressa, chief of the state as per article 57(3) of the Oromia State constitution. Persons released were also seen as having demonstrated good behaviour whiles in detention, official sources disclosed.

According to political watchers, the category of people who received the amnesty are unlikely to be those arrested in relation to the deadly anti-government protests that rocked the country.

The Oromia regional state which is considered the largest in terms of population and area was the scene of large anti-government protests in August last year. A security crackdown of protesters led to deaths and mass arrests.

A 6-month state of emergency was declared in October to quell the protests. The government declared the curfew following a discussion by the Council of Ministers on the loss of lives and property damages occurring in the country.

They freed detainees are according to officials, “expected to bring change and become development agents while joining the community.” The government recently undertook a mass release of persons connected with anti-government protests that started since late 2015.

The over 9,000 detainees released late last year were said to have undergone training. The Command Post in charge of implementing the State of Emergency also stated that some 2,449 others will be arraigned before the courts.

FBC quoted the Justice Minister Siraj Fegessa as disclosing that the Command Post had managed to arrest 19 mob groups that had participated in the protests. He added that a second round of arrests had led to detention of 12,500 suspects across the country.

Some of the reasons given in November for the arrest of persons included creating and inciting violence, spreading terror and creating instability, burning private and public service institutions and destroying investments.

The government has since promised political reforms to include a wider group of citizens. A recent cabinet reshuffle by Prime minister Hailemariam Daselegn, saw key positions handed to Oromos – who are part of the minority.