The president of the World Anti-Doping Agency (WADA) said on Monday that he believed problems with doping in professional sports goes beyond athletics.

Speaking in front of the UK’s Culture, Media and Sport select committee, Craig Reedie said, “When I found out what had happened on the retesting done by the IOC I was pretty furious. I still think the Games were great Games but it’s a huge blow that this is now brought to light. I don’t think it’s just athletics – I think there are other sports involved. The IOC I now know are going to retest every one of the Russian samples. They’ll do it from Beijing as well and I think they’ll now do it again from Sochi. So, with a little bit of luck that particular part of the message has been learned.”

Reedie was speaking just over a week after WADA released a report claiming more than 1,000 Russian competitors across more than 30 sports were involved in an institutional conspiracy to conceal positive drug tests as Moscow “hijacked international sport” over the course of five years.

It included switching and changing samples by opening “tamper-proof” bottles – using a method devised by the Russian secret service – and numerous other methods to bypass and cover up drugs tests.

Reedie added that WADA is considering whether to evolve its sanctions systems against dopers. 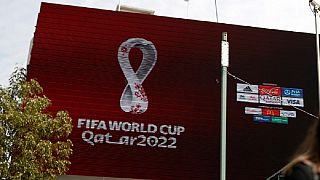