Nigeria: ExxoMobil shut down over sack of 150 workers 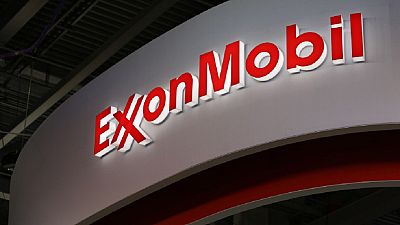 The Lagos headquarters of U.S. oil major, ExxonMobil has been shut down, following a standoff with blue-collar oil unions over the sacking of 150 ExxonMobil workers.

Members of the Petroleum and Natural Gas Senior Staff Association of Nigeria besieged the office of the oil giant, protesting the sacking of Nigerian workers.

The standoff is coming on the heels of a similar development on Wednesday in Upkenekang Community in Akwa Ibom, where angry youths disrupting the operations of the company over the sacking of contract workers from the area.

The protesters, numbering over 1,000, barricaded entry points to the company with boats, coffins, leaves and placards, having different inscriptions.

The Chairman of the ExxonMobil Branch of PENGASAN, Paul Eboigbe, confirmed the closure of the company’s Lagos office.

He said management of the company issued sack letters to workers, while negotiations were still going on.

He said the union had to resist the action of the management and went ahead to shut down the Exxonmobil headquarters.

Eboigbe directed the company’s workers at offshore locations to shut down rigs.

The unionist said the company’s management disregarded laid down procedures and humiliated workers by serving them sack letters when all avenues to achieve a peaceful resolution were yet to be explored.

The South-west Branch Chairman of PENGASSAN, Alhaji Tokunbo Korodo, said that picketing of ExxonMobil office was also being carried out by members of the union.

Korodo noted that the picketing was as a result of the anti-labour practices of the company.

He urged the Federal Ministry of Labour and Productivity to take up the anti-labour practices of International Oil Companies, operating in Nigeria.