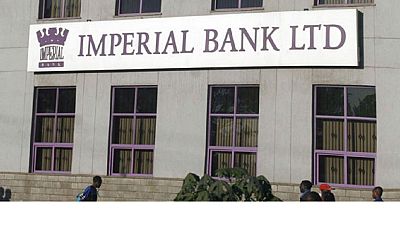 According to a kenya court documents, the relationship between senior managers of the collapsed Imperial Bank and Central Bank of Kenya (CBK) officials was too intimate to allow proper regulation of the bank.

The Imperial bank of kenya shareholders have stated in the court papers that they have since established there was improper exchange of favours, where the bank’s senior managers and the Central bank of kenya (CBK) officials assisted each other to secure jobs for their friends. The shareholders said the move was not appropriate between a bank and a regulator.

“It is obvious that the bank managers and those from CBK did not conduct their relationship at the arms-length, and a straightforward way appropriate and expected between a regulator and a business it supervises and regulates by virtue of the law,” states the shareholders.

It is obvious that the bank managers and those from CBK did not conduct their relationship at the arms-length.

The shareholders have filed their latest response to an application by the Kenya Deposit Insurance Corporation (KDIC)and the CBK? which have sought to freeze their assets to recover SH45 billion loss which had led to the bank’s collapse.

A Director in one of the shareholding firms, Anwar Hajee said in the court papers that CBK officials had prior information about the unhealthy status of the Bank’s books but had over the years colluded with the former Group Managing Director Abdulmalek Janmohamed and other senior officers of the bank to provide false financial data together with regulatory reports which CBK deliberately doctored.

He adds that instead, the regulator remained complacent in the fraud as a number of individuals at CBK benefited from loans made by the bank. He added that there were instances of generous tolerance on late payment and irregular promises of credit that were granted to individuals at CBK.

According to court papers, Janmohamed also had a close relationship with former CBK governor Njuguna Ndung’u to a point where he had even sought to assist Lime Technologies to sell a fraud prevention software to CBK.

However, a section of Imperial Bank depositors have demanded that the CBK pays all of the collapsed lender’s customers the amounts they had in their accounts before the collapse of the bank.