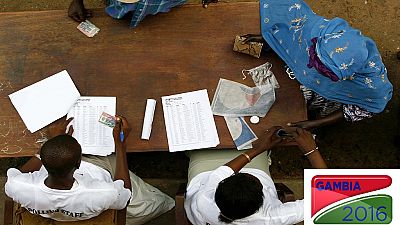 Gambia is holding its presidential election on December 1 under the supervision of the country’s Independent Electoral Commission (IEC).

Three candidates are running for the presidency including incumbent President Yahya Jammeh who is running for a fifth term in office.

886, 578 voters at 1,422 polling stations in 53 constituencies in the seven administrative regions of the country are expected to cast their ballots on December 1.

Marbles represent ballot papers in Gambia and there are no ballot boxes but ballot drums.

Each of the presidential candidates gets a metal drum painted in a specific colour, with their photograph and symbol pasted on it.

Voters are each handed a glass marble and retreat into an enclosed space where they are faced with the three drums, once they choose their candidate they slip the token into a small hole.

Polling officials will listen carefully for the clang of a bicycle bell which is attached to the end of a tube inside the drum, preventing people from voting more than once.

Sawdust or sand is sprinkled on the bottom of the barrel so that no second sound is heard. 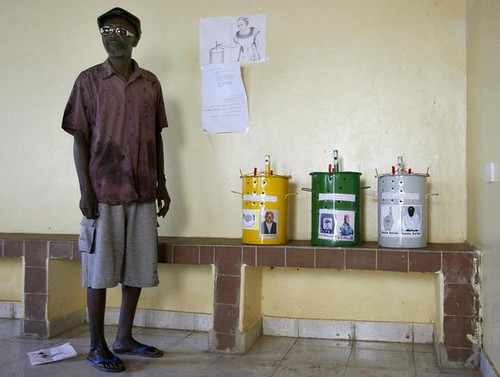 Counting is snappy as the marbles are poured into a wooden tray with 200 or 500 holes and then counted. 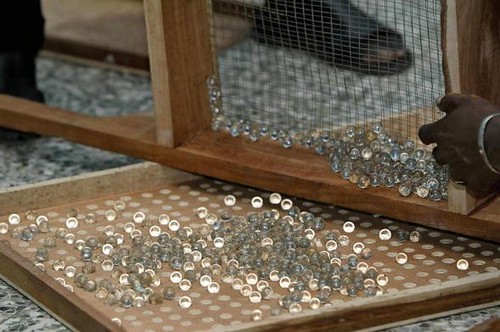 Gambia practices the plurality voting system which means the candidate who receives a greater number of votes than anyone wins.

This year, the IEC introduced an “on the spot vote count system” to increase transparency and a candidate who has a simple majority of votes would be declared winner.

This means the votes will be counted immediately and declared at the polling stations.

The winner of the election will enjoy a five-year term as president.

The small West African nation with less than two million people will also hold legislative and local elections in April 2017 and April 2018 respectively.