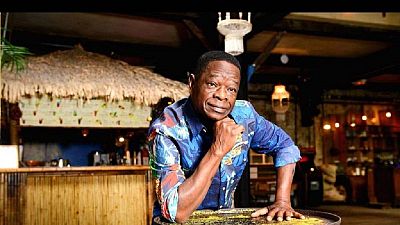 Sam Mangawana, the icon of Angolan and Congolese music has revived the spirit of African unity. The 70s and 80s Rumba star was honored at the 3rd edition of the Soul Power Congo Festival in Pointe Noire. Mangwana returned to the stage in Congo’s second city, where he made his music debut 50 years ago. And in a way, he was bequeathing his musical inheritance to the new generation.

“The role of a singer, a poet, is to remind the society about order. For us Africans an artist is the watchdog of a society’s own values. It is a great honor that has been accorded to me and I appreciate the privilege of having the voice and an audience to tell my story. That’s my contribution. I believe that this has been my mission on earth,” Mangwana said.

With his often colorful performances, Sam Mangwana attracted a profusion of cultural and artistic African talents and even from diaspora. The 2016 edition of this Soul Power festival had a pan-African theme, rooting for a United Africa.

Sylvie Mavoungou one of the event organisers said: “My team and I chose this theme to say that we can do things together as Africans. Here we have a Senegalese director Joseph Gai Ramaka. On the stage we have several DJs, Cameroonian Jean Assengue AP DJ Nodjok. We have Congolese choreographers Jacques Bayonne and Florent Mayokou … “.

In the name of African unity, the Soul Power festival paid tribute to Papa Wemba, Prince and Billy Paul, who are some of the big names in African music and the diaspora who lost their lives earlier this year.