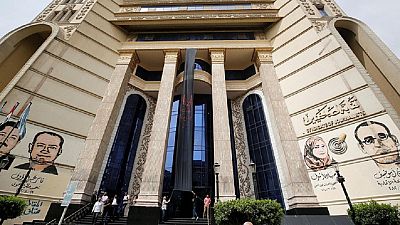 Egypt’s Press Syndicate chairman Yehia Kalash and two other board members have been sentenced to two years in prison by a court in Cairo for harbouring fugitives.

The court set a bail at 10,000 Egyptian pounds ($615) for each of them including the general secretary of the trade union Gamal Abdelrahim and head of its freedoms committee Khalid Elbalshy.

The three have been on trial since June after a police raid on the union’s headquarters on May 2, when 40 members of the security forces entered the premises and arrested journalists Mahmoud Sakka and Amr Badr on charges that they had published false news and incited protests.

Their arrest has been condemned by rights groups and Amnesty International described the arrests as “an alarming setback for freedom of expression and the most brazen attack that the country has witnessed in decades.”

The verdict was issued in absentia but one of the accused, Khalid Elbalshy, who commented outside the union’s headquarters, told Egyptian media that they will appeal the verdict.

“We still have battles to fight for the rights of the journalists, especially the detained ones, as well as the press draft law [currently debated in parliament],” local news portal Al-Ahram quoted El-Balshy.

The trio are also facing charges of spreading false news about the police raid on their headquarters and a verdict is yet to be issued.