DR Congo threatened with sanctions by the EU for delaying elections 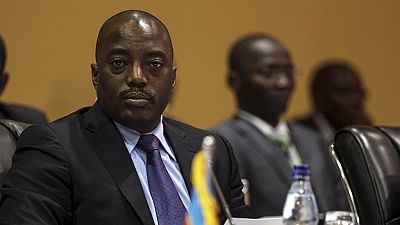 Twenty-eight European Union countries after formally requesting on Monday that elections be held in the Democratic Republic of Congo in 2017, have threatened to sanction individuals who oppose the process.

An EU diplomat in Brussels who spoke to AFP on Friday said foreign ministers of the 28 countries have asked the High Representative of the EU for Foreign Affairs and Security Policy, Federica Mogherini to “identify personalities opposed to the elections for possible sanctions”.

The source did not name the targets already identified but mentioned people around President Joseph Kabila.

“We need strong enough evidence to punish them,” he added.

DRC is facing a lot of criticisms and sanctions after the electoral commission postponed the country’s election date from December 20 to the end of 2018 due to “logistical constraints”.

A court earlier this year ruled that if the country fails to organize elections later this year, Kabila could stay on as president. These events have created a lot of friction in the country.

Belgium has already limited the visa duration to be granted diplomatic officials from the country to six months and the United States has adopted financial sanctions against two senior military officials close to Joseph Kabila.