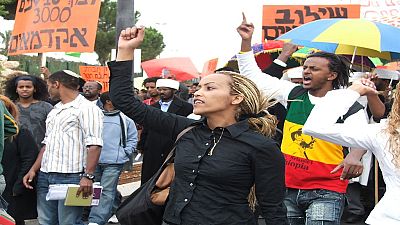 Known as Falash Mura, they were received in jubilation after Israel approved the entry of about 9,000 Falash Mura in 2015, ending decades of debate on whether to allow their immigration despite uncertainty over their right to settle in the Jewish state.

“Israel has a big experience of bringing almost 100,000 Jews that are relatives from Ethiopia in the last 40 years, and in fact now we have the final stages of reunification of families,” said Natan Sharansky a Jewish agency chairman.

About 135,000 Jews of Ethiopian descent live in Israel, whose population numbers over 8 million. However, they have long complained of discrimination, racism and poverty.

The first Ethiopian Jews were airlifted in the 1980s and 1990s following a rabbinical creed that ruled they were descendants of the biblical Dan tribe but not all the Falash Mura have so far been allowed to settle.