There is a limit to how long you can 'steal' elections, African leaders warned 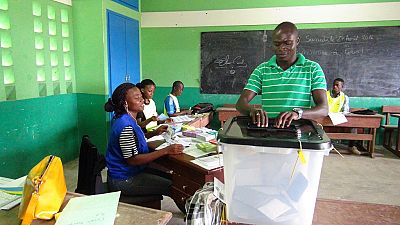 He said more elections are being subjected to the harsh light of observation, authentication, social media among others and the phenomena of stealing elections will come to an end.

Mo sounded the caution at the launch of the 2016 Ibrahim Index of African Governance (IIAG) on Monday in London which highlighted a decade’s most comprehensive analysis of data assessing each of Africa’s 54 countries.

The Mo Ibrahim Foundation chairman cited Gabon and South Sudan as part of the few African countries engaged in a president for life phenomenon which has adopted a different approach.

“If you are corrupted, you are afraid of leaving office because you don’t know what will happen to you … what people are doing now is they are learning how to steal election which looks less brutal than saying they are president for life,” Mo Ibrahim said.

He also alleged that Gabon’s election was stolen. “Ali Bongo did not win. People have the numbers, I have the numbers for each region and how they voted. Unfortunately I don’t see the international outrage about this,” he said.

On South Sudan, Mo said neither the two leaders, President Salva Kiir and the opposition leader Riek Machar, care about the people but about lining their pockets.

“The president himself last year said 4 billion dollars were stolen from our budget by my cabinet and shall we return this money back. Not a dollar was return back … Those guys are stealing the country blind and then they use tribalism and other measures and people die,” he said bluntly.

He blamed the two leaders for the refugee situation in the country and bemoaned the response of the international community saying “they should end up in the international criminal court of justice. But people haven’t gotten the spine to do that”.

Mo Ibrahim’s comments were during a question and answer session after the release of the IIAG which he believes Africa can do better because the slow pace of growth is not acceptable.

Watch the full video of the launch below.

In case you missed it, watch our live coverage of the 2016 Ibrahim Index on African Governance (#IIAG) https://t.co/bfHAXR0iXJ