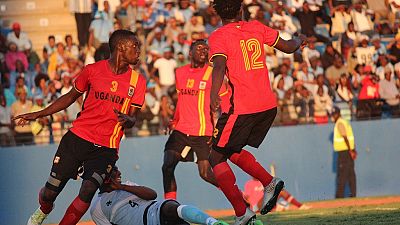 Ugandan president Yoweri Museveni has given an amount of 660 million shillings ($196,000) to the Ugandan Cranes – the men’s national football team, as part of the their preparations towards a World Cup qualifier.

He disclosed via his twitter handle on Saturday that he had offered the team the money to help in preparation for a World Cup qualifier game against Ghana to clear the coach’s salary arrears.

The current head coach of the team is Serbian Milutin ‘Micho’ Sredojevic. He was appointed head coach in 2013. According to the Daily Monitor, Mico earns $12,000 and was owed 5 months salary ($60,000) and other bonuses after the last AFCON qualifier.

I have offered the Uganda Cranes Shs660m to help in preparation for a World Cup qualifier game against Ghana & clear coach's salary arrears.

He reportedly went to court over the non payment of his salaries and at the time, the football federation (FUFA) said it “… is committed to ensuring all his salary arrears are cleared and we are confident this will be handled.”

Uganda was thrown into a frenzy in early September when the Cranes qualified for their first AFCON participation after 38 years absence.

At the end of the match against Comoros in Kampala, the ecstatic Uganda Cranes fans stormed the field to cheer the team as a hundred others in the stadium including Uganda’s first lady couldn’t contain their joy.

President Yoweri Museveni congratulated the team saying: “ You have done us proud! I thank Ugandans for turning up in their thousands to rally behind our team”.

The Uganda Cranes will join 15 other teams including the hosts Gabon for Africa’s continental competition starting from January 14 to February 5, 2017.

The four groups for the draw are as follows: