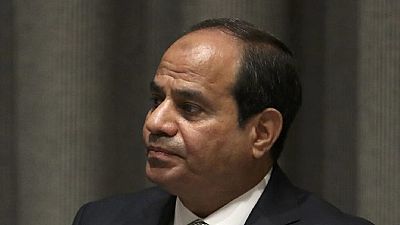 Egypt’s President Abdel Fattah al-Sisi has pledged more jobs for Egyptians to help dissuade them from making dangerous voyages to Europe after more than 160 migrants died recently when a boat capsized off the country’s Mediterranean coast.

Rescue workers and fisherman recovered five more bodies on Sunday, making the death toll in the September 21st shipwreck 169, with another 169 migrants having been rescued.

Security sources and the country’s local media agency initially said up to 600 people may have been on the boat, suggesting hundreds more were still missing at sea.

There is hope. especially in this place where the migrant boat sank, but we can’t overcome all obstacles and put an end to them in one, two or four years

However, some of the survivors have estimated the number of people on the vessel at closer to 400.

Some survivors and their families said poverty and a lack of jobs and basic opportunities along with political unrest in the country have induced thousands to embark on such perilous journeys on a rickety boat across the Mediterranean.

More and more migrants have been trying to cross to Italy from the African coast over some months, and particularly from Libya, where traffickers operate with relative impunity.

President Sisi at the opening of a housing project in Alexandria, said there was no “justification or excuse” for the loss of lives in last week’s incident.

He said factories, and fisheries were being built in the Kafr al-Sheikh area, from where the doomed boat departed, to create jobs and hope for locals. Kafr al-Sheikh, in Egypt’s Nile Delta, has emerged as a hub for a trade smuggling migrants to Europe.

“There is hope. especially in this place where the migrant boat sank, but we can’t overcome all obstacles and put an end to them in one, two or four years,” Sisi said.

About 400 people gathered on Monday on the shore of Burg Rashid, close to where the boat capsized. They were all waiting for the bodies of ab out 50 missing Egyptians to be recovered.