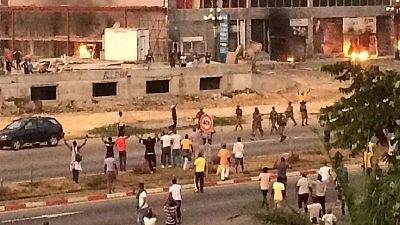 The Archbishop of Libreville, Basile Mve Engone, on Saturday called on international organizations and institutions to join the people of Gabon in maintaining peace following post election riots in the country.

“We call on all forces of the nation, the majority and the opposition to regroup for an imminent crisis,” the Bishop who heads the Catholic faithful in the country is reported to have said.

“Given the antagonistic positions of both sides, it is essential to involve a third party to mediate,” he said.

His views were contained in a statement released from the St. Mary’s cathedral on Saturday. The bishop thanked the African Union (AU) and the European Union (EU) for their strong involvement in the electoral process.

The post-election violence is reported to have killed at least seven people including a policeman with scores of others wounded in three days of unrest.

“We recorded loss of life, serious injuries, destruction of public and private property, injuries of all kinds … It is not possible that we remain indifferent and silent before such a situation,” he added.

According to the archbishop, the current situation plunges Gabon into an acute and multifaceted crisis. ‘‘This crisis has an immediate negative impact on the company, its manifestations are disastrous, creating a generalized malaise,” he bemoaned.

“The lack of truth in the democratic process and non-respect for human rights have often served as ground for political crises,” he further observed.

According to the official results announced on Wednesday by the Minister of Interior, Pachomius Moubelet-Boubeya, Ali Bongo as president-elect of Gabon beat the 73-year-old Ping only 5,594 votes.