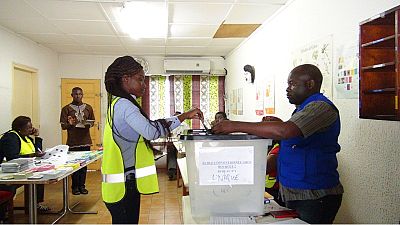 A spokesman for Gabon’s main opposition leader, Jean Ping, has said the Gabonese people will not accept figures from the electoral commission suggesting that incumbent Ali Bongo was on course for a second term.

Two sources within the electoral body and Ping’s spokesman confirmed that an electoral commission count on Wednesday put Bongo as winner with 49.85% of the vote compared with rival Jean Ping’s 48.16%. Officials results of polls can only be announced by the Interior Minister.

Ping’s camp are said to have demanded a recount in the province of the ruling party’s stronghold of Haut Ogooue, which had a reported 99.98 percent turnout, a spokeswoman said.

The European Union, who had stated that the polls ‘lacked transparency’ in their provisional report on the polls issued a new statement on Wednesday calling for publication of “detailed results” for every polling station and urged all actors to help keep the peace.

The UNited Nations chief, Ban Ki-moon on Tuesday evening spoke to Bongo and Ping tasking them to ask their supporters to refrain from premature declaration of results.

He also asked aggrieved parties to seek redress through appropriate channels. Gabon operates a ‘first past the post’ system, where whoever gains a simple majority in the polls is declared winner.