Sao Tome proceeds with second round vote despite incumbent boycott 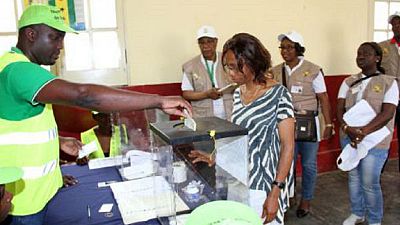 <p>Sao Tome and Principe has commenced voting on Sunday in the second round of its presidential election despite the boycott by incumbent president Manuel Pinto da Costa.</p> <p>Results for the first round held in July was announced in favour of the ruling party candidate and former prime minister Evaristo Carvalho, but was later canceled due to changes in figures.</p> <p>Some of the country’s 111,000 voters have cast their votes in the election which is described as calm despite the president’s decision to withdraw from what he called “a fraudulent electoral process”.</p> <p>Manuel Pinto da Costa together with the candidate who came third in the first round, Maria das Neves filed an appeal at the Constitutional Court calling for the cancellation of the entire election process. The case was thrown out.</p> <p>“Continuing to participate in a fraudulent electoral process is tantamount to condoning it,” President Pinto da Costa insisted on Friday adding that he is not “ready as a candidate and as a president”. </p> <p>Evaristo Carvalho, who is the only candidate on the ballot however encouraged the people to “exercise their right to vote on August 7 to confirm his victory in the first round”. </p> <p>Voting took off slowly at 07:00 <span class="caps">GMT</span> but expected to pick up later in the day. Some analysts however believe the turnout will hit record low due to the withdrawal of the incumbent.</p>