Sao Tome presidential election results canceled for a second round

The results of the presidential election held in Sao Tome and Principe on Sunday has been canceled, ending the short-lived victory of the ruling party candidate and former prime minister Evaristo Carvalho.

The cancellation, announced by the Election Commission (CEN), paves the way for a second round between Carvalho and the incumbent President Manuel Pinto da Costa, the CEN and Constitutional Court confirmed on Friday.

The CEN canceled the results because of changes in the provisional results affected by vote counts from the diaspora (Portugal, Angola, Gabon, Equatorial Guinea) and a delayed vote on Wednesday in the town of Maria Luisa.

“No candidate managed to get more than half the votes validly cast which makes way for a second round,” the CEN said after returning to the Constitutional Court for the final results.

The Constitutional Court also endorsed the second round between Carvalho and President Pinto da Costa, without specifying a date.

This is the first time in the country’s 25-year democracy that the CEN has canceled results it had announced early Monday morning after the election.

Several citizens of the country called for the resignation of the president of the CEN through reactions on the country’s main news website Telanon.info.

The victory of Carvalho was challenged by Manuel Pinto da Costa and Maria das Neves, supported by the former Movement for the Liberation of Sao Tome and Principe (MLSTP), with a joint appeal to the Constitutional Court.

In total, 111,222 voters, in the second-smallest African country after Seychelles, went to the polls, and the turnout was over 60%, according to the electoral commission. 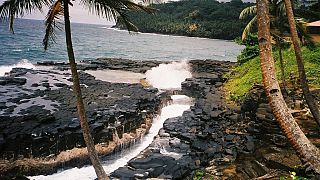