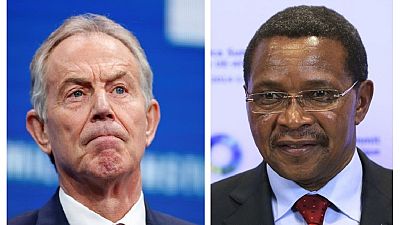 According to the Citizen, the government was awaiting the approval of retired United States Assistant Secretary of State on African Affairs, Chester Crocker as the third mediator.

The choice of the former leaders according to government sources was because they (Kikwete, Crocker and Blair) have good reputations in their respective countries after leaving office.

These are personalities who even out of power have a good reputation in their countries.

‘‘These are personalities who even out of power have a good reputation in their countries,’‘ VOA radio quoted a government official.

The crisis in Mozambique is pitted between the ruling party Frelimo party led by President Filipe Nyusi and the main opposition Renamo. The opposition are reported to have requested the inclusion of three persons to the political media process, the European Union, the Catholic Church and South African leader Jacob Zuma; a proposal the government accepted to implement last month.

Renamo president Mr Dhlakama said last week that mediators were expected last Monday but that did not happen. Renamo and Frelimo were engaged in a 16-year war that ended in 1992.

Beyond the political issues, Mozambique is also suffering from a combination of drought caused by the El Nino phenomenon and economic crisis which has led to the suspension of aid by key funding agencies and governments.