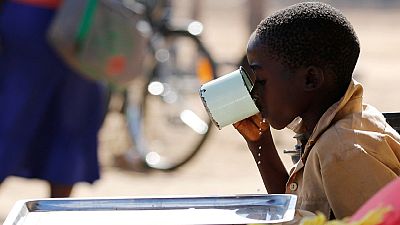 According to Reuters, the UN agency said it needed $730 million for its activities whiles revealing that it faced a $610 million shortfall in funding.

The Food and Agriculture Organization (FAO) has reported that 10 African countries are affected by the El Nino drought across Africa. In southern Africa; Angola, Mozambique, Lesotho, Madagascar, Zimbabwe, Malawi and Swaziland are all ‘high priority’ countries as per the FAO’s evaluation.

In the horn of Africa however, Somalia, Ethiopia and Sudan are also listed in the same category.

According to the UN Humanitarian office, an estimated 60 million people worldwide find it difficult feeding themselves as a result of the El-Nino phenomenon but the situation has become critical for half of the figure, charging that the situation could worsen in the second part of this year.

El Nino is a climate phenomenon which occurs every 4 or 5 years. It is caused by abnormally warm currents in the western tropical Pacific ocean and has a devastating impact on harvests and food security.