Nigeria's music industry, an economic backbone in need of protection 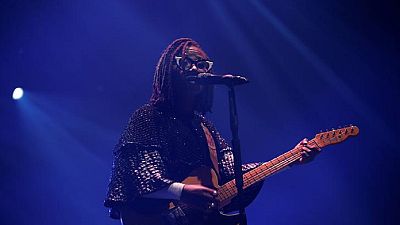 Nigeria does not only have a slew of great music talents but also a very vibrant urban music scene.

Songs by Nigerian artistes enjoy so much rotation on radio and television stations across the continent and even beyond that it is fair to say music has become a cultural export for the west African nation.

Auditing firm, Pricewaterhouse Coopers said music sales in Nigeria for 2015 alone was $56 million which predicts the industry’s revenue could shoot up to 88 million dollars in the next 3 years.

I believe solely, like this is my own belief that if we had structure, we would make more money than what we have now

The success of Nigerian music has been spurred for the most part by the rise of the afrobeats genre which has become the country’s cultural export.

This has made acts such as D’banj, Tiwa Savage, P-Square and Flavour household names across the continent and beyond.

Wizkid, one of Nigeria’s popular artistes soared to the top of the US singles chart in May this year thanks to his collaboration with Canadian rapper Drake on the song One Dance. The remix of his 2015 song ‘Ojuelegba’ which featured Drake was listed by Billboard as one of it’s “Must Hear” Music podcast.

In spite of the success of Nigerian music, the industry at large still needs a few things to spur its growth to the next level.

“I believe solely, like this is my own belief that if we had structure, we would make more money than what we have now,” said Timi Dakolo, who burst onto the Nigerian music scene through a television music reality show.

“We think we’re making money but if we have more structure and a more organised system, everybody knows where money is going to, everybody knows how much you make for this and that and that but we’re just here…It can get better, we’re over a hundred and fifty million people; hundred and fifty million people consume music in one form or the other,” Timi added.

The lack of structures means works by musicians often go unprotected – something Asa, one of Nigeria’s most successful international acts thinks can be avoided if the government showed interest in the music business.

“Once the government understand that they can make money; you know they can generate revenues from this… I think (they) once they understand the intricacies of the music business, I think they would (em,) they would help protect,” she said.

The “Jailer” hit maker whose music tends to shy away from the popular afrobeat genre and accommodates more folk and acoustic sounds believes protecting intellectual properties of musicians will also go a long way to provide a win-win situation for both the government and musicians.

“Artists can pay taxes, you know what I’m saying. Taxes would help with building roads, creating electricity. And it’s not only about music, it’s everything. You know you need to establish a collecting society so that when radios (stations) play the songs, they pay, you know.

When products, brands use your music for their products, they can pay the artiste and you can see that actually it’s going to the artistes you know and then something goes to you, as the government, to help build a good country,” she added.

The earnings from Nigeria’s music industry have come from telecom firms, brand endorsements as well as music downloads among others.