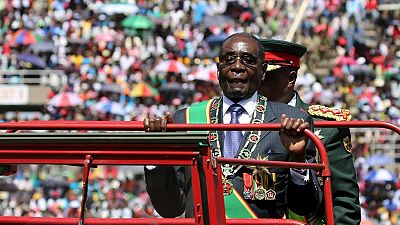 A section of civil servants in Zimbabwe are on strike as at Tuesday morning, protesting the non-payment of June salaries, five days into July. The worse hit sectors of todays action being nurses and teachers.

But according to the Chronicle news portal, the government through the Acting Minister of Public Service, Labour and Social Welfare, Supa Mandiwanzira, had not formally been communicated to on the decision to lay down tools.

Local media reports that the Apex Council, an umbrella body for government employee unions, announced that workers would stay away from work for three days as a result of unpaid salaries. The condition to return to work being a full payment of salaries.

The strike is a clear statement to the government that workers salaries should never be delayed. What they thought was a solution didn't work for us.

According to the Minister, ‘‘The doors for discussions between the government and the Apex Council are still open and we are waiting for a formal communication in regards to that strike.

The cash-strapped country has had to stagger payment of civil servants as a result of cash shortage, with the government arranging to pay workers in batches. Reports indicate that the army and other security agencies have been paid.

Government proposed a $100 salary advance for workers at a meeting last week, the government says it has yet to get feedback on the position of labour, only to hear of a strike in the media.

The president of Zimbabwe Teachers Association, Richard Gundane is quoted to have said, if they receive salaries as promised on July 7, they would return to work, ‘‘the strike is a clear statement to the government that workers salaries should never be delayed. What they thought was a solution didn’t work for us,’‘ he said.