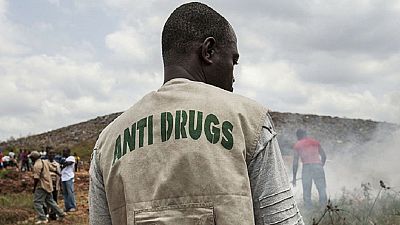 Ghana’s Mental Health Authority (MHA) maintains its strong stands in the anti-cannabis legalization campaign even with the recent surge in the push for the drug to be legalized in the west African country.

“If you take Marijuana in your teens when the brain is actively developing, you interfere with your ability to be motivated adequately, to judge adequately,” Dr Osei who served as the Chief Psychiatrist said.

If you take Marijuana in your teens when the brain is actively developing, you interfere with your ability to be motivated adequately, to judge adequately.

Ghana’s Narcotics Drug Law prohibits any person from cultivating, using, importing or exporting any narcotic drug without a licence from the Health Ministry, with offenders liable to imprisonment for a term of not less than ten years.

Despite the explicit nature of the law, cultivation of the substance in remote parts of the country remains a big business. The police continue to bust farmers of the substance and transporters in regular raids.

Some interest groups and influential individuals have averred that addressing the use of marijuana also called ‘wee’ through criminal justice institutions ultimately infringes on various fundamental rights of people who use drugs, including the rights to health, information, personal autonomy and self-determination.

A group, the Rastafari Council of Ghana for some time, have led the campaign for the decriminalisation of cannabis in Ghana.

According to the 2015 report of the International Narcotics Control Board (INCB) on Ghana, 1 out of 18 people who use drugs have access to treatment. Some say this figure is worrying as prevention and treatment of drug abuse are parts of the main provisions of the international drug control conventions.

The Report also highlights cannabis use in Ghana as the highest and in Africa as a whole, while heroin comes second, with annual prevalence use remaining as high as 7.5 percent of the population 15-64 years. The figure is particularly high in West and Central Africa, recording 12.4 percent.

In February this year, one of the country’s top most diplomats, former United Nations Secretary-General wrote in a German newspaper – Spiegel – that drug bans were ineffective calling for legalization of the drug.

The country’s head of Narcotics Control, Akrasi Sarpong, had also called for a re look at the level of criminalization for usage of the drug sometime back. An investigation by an undercover journalist, Anas Aremeyaw Anas, in 2009 in the country’s flagship psychiatric home, revealed the acess to and use of drugs by inmates of the mental home.

The report at the time sparked a furore in the country with the then president, the Late John Evans Atta Mills visiting the facility in an unannouced visit. At the time Dr Osei was in charge of the facility.

The investigation dubbed ‘Undercover Inside Ghana’s Madhouse,’ also led to a legislation called the Mental Health Bill (now an Act of Parliament) which led to the establishment of the MHA. The journalist has gone on to win several accolades for his work on the subject.