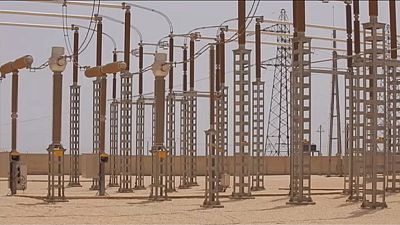 Africa Finance Corporation (AFC), a Nigeria-based finance specialist and South African institutional investor Harith General Partners have announced the set up of a joint venture that will pool USD 3.3 billion in assets to supply power to over 30-million people across ten African countries.

The merged company’s more than 1,500 megawatts of capacity either installed or under construction, would make it the continent’s seventh biggest electricity generator if it was a country.

As a result of this merger, some of the largest and best structured renewable and conventional electricity projects in Africa during the last decade will now be held within one consolidated joint venture.

Currently, there are about two dozen countries in Africa with an average power capacity of 200 megawatts each leaving some 620 million people without electricity.

The partnership underlines increasing efforts by private investors to combine portfolios of African plants and grids across several countries, both to make them more financially flexible and in response to the scale of the region’s power deficit as cities and populations expand.

“As a result of this merger, some of the largest and best structured renewable and conventional electricity projects in Africa during the last decade will now be held within one consolidated joint venture, alongside the requisite development experience and expertise as well as equity capital for similar future projects,” said Harith CEO Tshepo Mahloele.

The merged company’s portfolio would include the Lake Turkana wind farm in Kenya, owned by Harith’s fund, and Cenpower, an AFC-backed owner of the Kpone thermal project in Ghana. A third of the assets are renewable.

“Power is one of AFC’s priority sectors and we dedicate considerable time and resources to driving development here,” said AFC president and CEO Andrew Alli, adding that some $350-million had been invested in the energy sector.

The new venture will be in a position to develop and finance projects through corporate finance transactions and project finance, significantly reducing the lead time to bringing power projects to fruition, AFC and Harith said in a joint press release.