Nearly 400 Burundians living in Rwanda have been forced out of the country.

The government of Rwanda expelled the Burundi refugees accusing some of them of espionage.

“We were accused of being envoys of Burundi government and sent there to spy on Rwanda,” said one of the refugees while speaking to Reuters.

We were accused of being envoys of Burundi government and sent there to spy on Rwanda.

A local government official from Bugabira district near the border with Burundi where the incident occured, confirmed the evictions and said that it occured on Thursday and Friday.

The incident brings the number of expelled Burundians to at least 1,700 and comes less than a month after Rwanda expatriated more than 1,300 refugees.

The expulsions have soured relations between the neighbouring countries.

Burundi’s government accuses Rwanda of interfering in its political crisis that has led to the death of more than 400 people while over 250,000 have fled the country.

The government of Rwanda however continues to deny the allegations and says that the Burundians being expelled were in the country illegally. 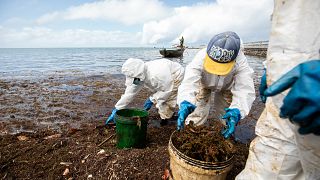