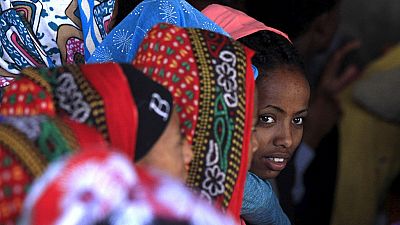 Sudanese authorities have deported more than 400 Eritreans back to their country, according to Human Rights Watch (HRW).

Furthermore, reports indicate that of those deported were six registered refugees.

“Sudan should be working with the UN refugee agency to protect these people, not send them back to face abuse,” noted Gerry Simpson, senior refugee researcher and advocate at HRW.

If Sudan wants to market itself as a refugee-rights-respecting nation, it’s going about it the wrong way.

HRW states that Sudan has been arresting and forcing Eritreans back without allowing refugees to seek protection. This is despite international law forbidding countries from deporting asylum seekers without first allowing them to apply for asylum.

“International law also prohibits the deportation, return, or forced expulsion of anyone to a place where they face a real risk to their life, or of torture or ill-treatment,” read an excerpt from the organisation.

Sudan is said to have arrested 377 people in the Sudanese border town of Dongola on May 6 who were trying to cross to Libya. Of those arrested were 313 Eritreans and 64 Ethiopians who were tried and convicted of illegal entry into Sudan.

Despite Sudan deporting Eritreans, the country continues to detain those from Ethiopia. This is not the first time the North African country has deported foreign nationals drawing international condemnation.

“If Sudan wants to market itself as a refugee-rights-respecting nation, it’s going about it the wrong way,” Simpson said. “Eritreans, Ethiopians and others who want protection must be allowed full access to fair asylum procedures.”

According to UN estimates, hundreds of thousands of Eritreans have fled the country in recent years. Many flee the country due to a repressive government.