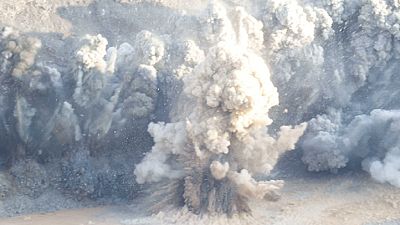 Four miners were killed and 6 others in critical condition after an accident at Botswana’s BCL copper mine on Sunday evening.

The country’s minister of energy and minerals, Kitso Mokaila, announced the accident in a statement on Monday explaining that the ten workers of the state-owned company were travelling underground in a mine shaft when the accident occurred.

He said an independent safety auditor will be engaged to examine the safety of the mine as “the ministry has initiated investigations into the accident to get to the root cause of it,” Reuters quotes the minister.

Only one of the mine shafts was affected in the country’s only operational copper mine; two other mines were closed last year due to economic turbulence.

Earlier this year, the mine that employs over 6000 people run at a loss due to depreciating prices of copper and nickel in the world market and high operational costs prompting the government to step in to help diversify its operations.