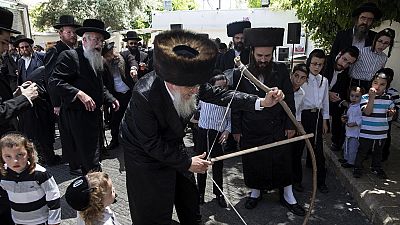 The annual Jewish pilgrimage to Ghriba called “Lag B’Omer “ began on Wednesday amid tight security on the island of Djerba in Tunisia.

Organized on the 33rd day of the Passover, the event brings together over two days, the descendants of Jews who fled Judea after the destruction of Solomon’s temple by Nebuchadnezzar.

Nearly 2,000 pilgrims are expected this year according to organizers. They will pray at the tombs of revered rabbis, alongside the 1,500 Jews settled in Tunisia.

In a statement released at the beginning of May, the Israeli government said its citizens didn’t get to Djerba because of a “concrete threat” of jihadist attack.

In 2002, a suicide bombing claimed by al-Qaeda had killed 21 people, which contributed to the sharp decline in the number of pilgrims to barely 2,000 in recent years, against 8000 before the attack.