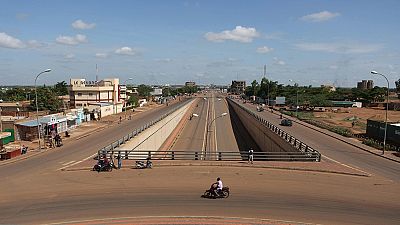 The Government of Burkina Faso,said it is displeased with the behavior of some road users and announced series of emergency measures to cope with the multiplication of road accidents.

The decision was made following the death of approximately 40 people in less than a week due to road accidents.

According to a government statement, “The new measures becomes applicable immediately ‘’.

Passengers in the country most often travel in the company of animals in the same vehicles.

However, Government has announced a ‘‘zero tolerance’‘ against the overloading of vehicles which is almost a tradition in the poor west African country.

The statement adds that the measures, have been taken with the consent of the Ministers of Transport, Territorial Administration and Security and officials in transport sector.

According to some experts in the transport sector, ‘‘the poor working conditions of drivers, low wages, work overload, stress’‘, are responsible for some of the accidents.

In addition, government has also put in place road checks, monitoring of motor parks to help in reducing the mortality rate related to road accidents in the country.

Although experts and government have attributed the accidents in the country to human error, but residents said the poor state of roads and vehicles would be important causes.