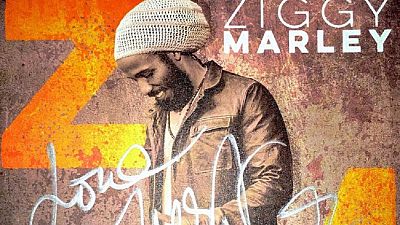 Ziggy Marley has released his self titled sixth studio album.

The 47-year-old recently tried his hand at acting after taking a break to appear as character “Bones” on CBS series, “Hawaii Five-O.”

“When we were naming the album, I could not find a name, so I called it ‘Ziggy Marley.’ But after the fact, I kind of realised – I gave it a reason for being that way when I analysed what we had done. How I feel about it is that, on this record, I was engineer, I did all type of things – jobs, that I wouldn’t normally do,” Ziggy Marley said.

How I feel about it is that, on this record, I was engineer, I did all type of things – jobs, that I wouldn't normally do.

Thx to I global family 4 givng us a good start on new album release #30 on album charts and #1 reggae. Nuff Respect! pic.twitter.com/eHsfnDnA3s

The seven-time Grammy winner is also getting more political than usual.

Ziggy’s sixth solo studio album released on May 20, through Tuff Gong Worldwide is comprised of songs recorded in Los Angeles and produced by Ziggy.

Ziggy is set to embark on a major North American tour this summer, during which he is expected to promote his new album.