Key presidential re-run in Comoros on May 11 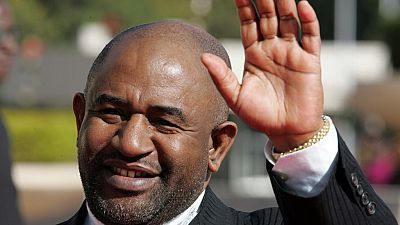 The people of Anjouan in the Comoros return to the polls in a partial re-run of the presidential election which will be held in 13 constituencies on May 11.

Over 6000 voters are expected to cast their ballot. Their vote will be crucially decisive, as only 2,000 votes separates the two candidates, Colonel Assoumani and Mohamed Ali Soilihi.

Assoumani took 40.98 percent of the vote, narrowly ahead of Vice President Mohamed Ali Soilihi, the ruling party’s presidential candidate, who garnered some 39.87 percent.

If all goes well, there is no reason that I cannot be the President of 2016.

“The authorities have taken measures. Those measures are being backed by the international community. If all goes well, there is no reason that I cannot be the President of 2016,“Azali Assoumani said.

“My state of mind is also one of optimism. I have toured all localities who are concerned with the restoration of hope and I can say that I hope to win on May 11,” Mohamed Ali Soilihi said.

The second round of presidential elections held on April 10 was marked by irregularities and acts of violence.

The president of the AU Commission called on the two candidates and their supporters to avoid a spill over.

The winner of the polls becomes president of the Union of Comoros on May 26.