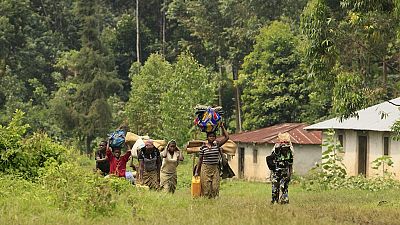 At least 49 people have been killed in landslides caused by floods in Rwanda, local authorities said.

The rains which hit Gakenke district in the country’s northern province, also destroyed about 300 homes.

Statistics show that of the 48,000 residents living in identified high risk zones, only 42,000 were relocated with the remaining 6,000 expected to be relocated this year.

Some of the remaining 6,000 Rwandans living in the disaster-prone areas have not been given any practical options despite being in the line of danger.

The landslides buried houses while trees were uprooted and plantations destroyed.

The landslides blocked the Kigali highway and vehicles heading to the northern and western parts of the country were diverted through another route.

The affected district is prone to landslides which blocked the same road for days in 2013.

The hilly, densely populated country is frequently hit by landslides and the government has been moving people out of the most at-risk areas in a bid to limit the casualties.