Sorrow and grief can be felt in Cameroonian sports circles, following the tragic death of the young footballer Patrick Ekeng.

In the Douala Reunification Stadium, the former Canon Yaounde player is still very well remembered. He died of the same conditions as Marc-Vivien Foe, another former player of the club.

A number of fans have been remembering the young player who was marked for greatness with the indomitable lions.

He was brought to us in cardiopulmonary arrest at the emergency room, in an ambulance, without resuscitation measures as far as we know.

“The knowledge and the sight of him lying on the playground like that for us Cameroonians is really sad. In every home today, people are speaking about this, nothing else.”

“It’s sad to see this kind of death, its very sad, I can put myself in the shoes of the family, it must be difficult, because all Cameroonians and footballers are grieving.”

“When we remember Foe’s death a few years ago, it definitely hurts. It hurts especially when it is sudden like this, and even especially for young players who still have a lot to bring to the sport.”

Patrick Ekeng collapsed Friday after featuring for only seven minutes in the second half as a substitute for Dinamo Bucharest against Viitorul Constanta. The Romanian Football Federation has postponed all the games that were slated for this weekend, as well as Romanian Cup final between Dinamo and CFR Cluj, which was due to be played on Tuesday.

The Guardian reports that police have started an inquiry into Ekeng’s death, while hospital officials claimed that he had not received adequate first aid treatment at the ground, a claim denied by the club’s doctor.

“He was brought to us in cardiopulmonary arrest at the emergency room, in an ambulance, without resuscitation measures as far as we know,” Dr Cristian Pandrea of the Floreasca emergency hospital told the Guardian.

“We started resuscitation measures that lasted approximately one hour and 30 minutes. These measures were, unfortunately, without result.“

The paper further writes that Ekeng was placed in an ambulance less than three minutes after collapsing and Dinamo’s club doctor, Liviu Paltinean, said he performed cardiac massage. “The first thing you do is to clear out the air passage and perform cardiac massage,” Paltinean said.

Ekeng, capped twice by Cameroon, had also played for Le Mans in France as well as the Swiss club Lausanne and Spain’s Cordoba. Ekeng joined the 18-times Romanian champions Dinamo as a free agent in January and scored his only goal in their 2-2 draw against Steaua Bucharest in the Romanian Cup semi-final second leg in April. 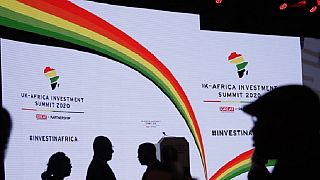 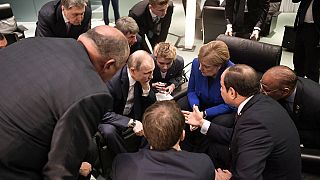