Ivory Coast to end monopoly of water and electricity companies 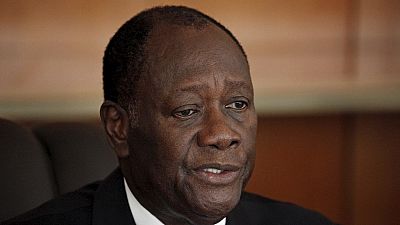 Ivorian President Alassane Ouattara has announced the government’s decision to end the monopoly enjoyed by the country’s water and electricity providers.

Speaking during the Workers’ Day celebration attended by different labour unions, the president said the country’s electricity provider and the company responsible for water distribution have been accused of putting pressure on households.

The government in June last year decided to increase electricity tariff by 16 percent over three years to keep pace with production costs.

Under the arrangement, electricity tariffs were to be increased by 5 percent in January.

But the government’s investigations have revealed that some customers have seen an increase in tariff by as much as 40 percent, prompting the president to cancel the January increases and call for a more competitive industry.

President Ouattara called on all interested in investing in the two sectors to do so as the competition would help bring electricity prices under control and further reduced tariffs.

There has been social upheaval in the country in the past few weeks following a decision by the electricity company to increase tariffs in accordance with pressure from the backers.

President Ouattara added that: “We have discovered that the government’s directive was not properly implemented and that some subscribers have seen an increase in tariff which is higher than what was initially agreed”.

The country has emerged from a decade of political turmoil and civil war as one of the continent’s rising economic stars with growth averaging around 9 percent for the past four years.

But critics of the government complain that most Ivorians have not benefited from the new-found prosperity.

The president’s decision to intervene comes at a time when the country is preparing to hold local elections amid an increase in cost of living in the country, especially in Abidjan.