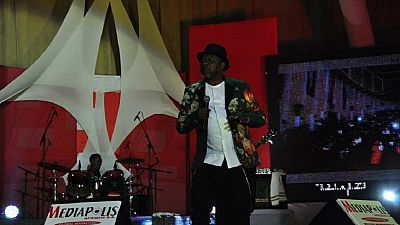 The organisers of FEMUA (Urban Music Festival of Anomabo), has planned to pay their final respects to African music icon, Papa Wemba, before the repatriation of his body on Thursday to his home country, the Democratic Republic of Congo.

According to Salif Traore, president of the organising committee of FEMUA who announced the event on his Facebook page, the artistic vigil was planned for Wednesday, April 27, at the Palace of Culture in Abidjan.

Body of #PapaWemba to be returned to Kinshasa on Thursday #RIPPapaWemba

The entire programme would comprise songs in honour of the ‘King of Rumba’ with aspects of it featuring – testimonials by artists, recollection of posthumous decoration and image all in a tribute to Papa Wemba. It would end on Thursday, April 28 at 6 am with the transfer of his remains to Kinshasa, DRC.

Furthermore, the FEMUA recommended ‘‘white’‘ as attire for the occasion.

The Congolese government says it will charter a “special flight” on Thursday to bring the remains of Papa Wemba to Kinshasa, according to Francophone news website Jeune Afrique.

He will leave behind a busy career that allowed him to influence many African musicians.